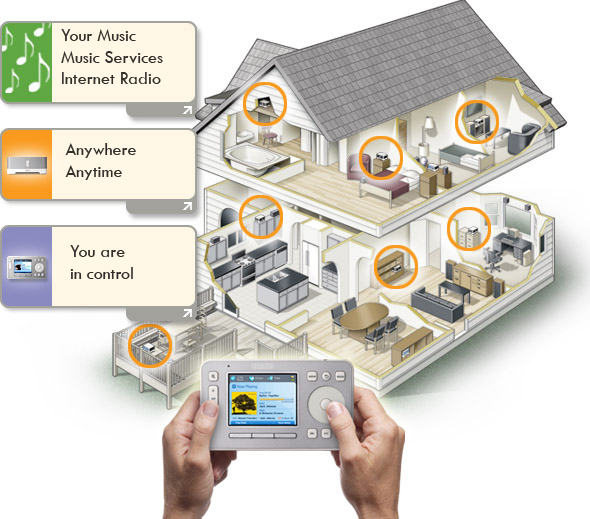 Whole House Music systems, also known as multizone stereo systems have become very popular. There are several ways to distribute music throughout your home including wired and wireless, powered and non-powered and this article provides an overview of the various systems. In some cases, you can use your stereo receiver or home theater receiver as the center of the system or install a dedicated multiroom music system.